Before coming to Pakistan in June I got some odd looks.

“You’re crazy.” “Why would you want to go there?” “Isn’t it really dangerous?”

Everyone had an opinion and, consequently, I began to doubt whether I should be going. In the UK, and much of the rest of the world, Pakistan is thought of as one of the worst places to be. It’s the place where Malala Yousafzai was shot for wanting an education; the country where Osama bin Laden was found; the nation caught in the crossfire of extremism, poverty and terrorism.  My Daadijaan (grandmother) made me promise a hundred times that I would stay safe. My aunties (relatives and family friends) gave me talks on dealing with leering men and the heat. But throughout this, my parents kept the faith: they nodded their heads and said “yes Maleeha, this is a good idea.”

In many ways, the perception of Pakistan as a dangerous place is true. In the run up to the elections a few weeks ago, 149 people were killed in bomb attack in Balochistan, northern Pakistan. On the actual day of elections, 31 people died in a suicide bombing in Quetta. When I tried to leave the guesthouse the manager insisted that it was a bad idea: “you never know what might happen today”. The sense of danger was high.

But I did go out. And I did come to Pakistan.

If I had listened to all these voices, I would have completely missed the other side of the story; the side that people living here see day in day out. The Pakistan that is safe if you’re sensible; where I went to the polling stations and saw organised and democratic voting; where I sat on a train for twelve hours and felt completely comfortable. This Pakistan is wide open rice fields and tall dusty sand dunes. It’s weather lined faces creased up into smiles. Pakistan is the village children tumbling on a rope bed; goats bleating feebly in the midday sun; buffaloes wallowing in the river; strong sweet chai on the side of the road. It’s unending resilience in the face of danger; and weariness over the state of politics and the country. It’s spicy samosas and pakoras dripping in oil; jokes about being fat; questions about getting married. It’s the difference between a love marriage and an arranged marriage; the difference between wearing western clothes in the cities but always having a dupatta on hand; the huge gap between the rich and the poor. It’s a country of contradictions, where the law recognises a third gender and men hold hands in the street, but dating couples cannot be seen in public. It’s chaotic and hot and beautiful and confusing. But above all it’s a country full of potential and hope. 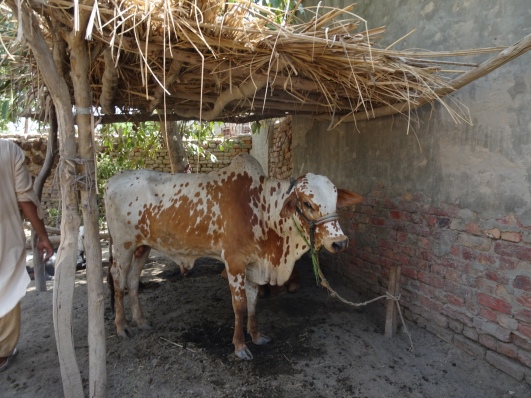 That feeling of hope is almost tangible at the moment. Two weeks ago Pakistan had its second ever democratic transfer of power. Despite the bomb attack in Quetta on election day and the sense of fear in other places, 55% of people turned out to vote. In some areas of KPK and Punjab, women came out to vote for the first time. The polling process was slow but well organised: observers lined up against one wall overseeing that the process was fair. Of course, there were some controversies. PMLN claimed the result was rigged; people were left queuing outside at the end of the day; military presence hung like a heavy cloud at the entrances to the polling stations. But overall it was a success and Imran Khan, ex-cricketer and world cup captain, was elected prime minister. I am in no position to comment on Pakistani politics but I can say that the majority of people I’ve been speaking to, the young and educated of Pakistan, are excited. His victory speech had crowds going wild as he promised to give up the lavish Prime Minister’s house, to end corruption, to improve relations with India and Iran. But while he might have good intentions, politics in Pakistan are much more than the party in power. The military have controlled the country for most of its seventy year history, and in the run up to election, Imran Khan happily allied himself with them and other conservative groups. Although he paints a pretty picture, the real test now is whether he can control the other major influencers in Pakistan and make his words a reality. 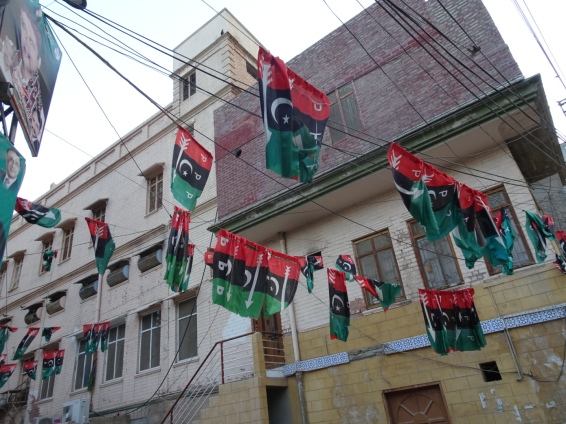 But this sense of hope didn’t always exist.

Fifty years ago my Daadajaan (grandfather) started a journey that changed the course of our family history. He had a dream of a bigger and brighter future, one that couldn’t be found in the backstreets of Baghpanpura, Lahore with its open sewers and chaotic streets. And so he left Pakistan and eventually ended up in London. Daadajaan’s story deserves, and will be given, its own blog post; it’s a story we’re still trying to piece together, poring over his old passports to verify his dates, talking to Daadijaan (grandmother) about what she can remember. But for now, the point is simple: in leaving Pakistan, Daadajaan opened up a whole world of opportunity for future generations of the Malik family.

I came to Pakistan this year because I wanted to start to make sense of this legacy. Although we are not from Sindh, the situation in many of the small towns would not have been worlds away from my Daadajaan’s childhood. Children playing on the streets, fresh buffalo milk in the morning, sleeping outside in the hot summer months. But it is a life that is so much harder than I can even begin to comprehend. In my last two blog posts I touched on the reality of life in the village: poor nutrition, lack of education, lack of opportunity. For six weeks, I spent most of my time in villages, observing interviews with women. In most places, I was able to filter out that poverty, to only look at the picturesque landscapes, beautiful women and intricate handicrafts. This was partly a defence mechanism: coming from London, from privilege and opportunity, it was hard to even begin to understand or acknowledge how hard people’s lives are.  But every so often, something would pierce that bubble and reality would be staring me in the face. The last interview I conducted was in one of the poorest villages we visited. Thirty women shouted over each other. Chickens squawked angrily. Children screeched with laughter. The bed was covered in goat poo. A buffalo mooed from the corner of the room. It was hot and chaotic and I felt like screaming. I was completely out of my depth.

I spent two hours in that village, two hours of chaos and heat, before jumping back into the car, AC turned up high, and returning to my life. That wasn’t and probably will never have to be my reality. But only because fifty years ago my Daadajaan had the vision and determination to leave. He worked so that his children and his children’s children could have the opportunity to achieve their dreams. As my Baba always says: “our lives are simply a result of luck and coincidence, an accident of family history.” In another life, I could have been one of those children in the village.

As my internship ended, I hopped on a twelve-hour train to Lahore to explore another aspect of my Pakistani legacy; visiting relatives. Until recently, relatives had been my only experience of Pakistan. We’d spent many long visits sitting on sofas, smiling nicely while random aunties commented on how much we’d grown, on how fat we were, on our Quranic recitation.  This trip to Lahore was much more than that. For the first time, I had chosen to see them and, for the first time, could actually communicate a bit. It helps that my second cousins are older now: I spent two days following Minahil around to her university interviews, laughing and chatting. These last days in Lahore were lovely. Seeing relatives, reinforcing yet another link to this country, being astounded by how genuinely happy people were to have me there. I left wishing I could have stayed longer, that I could be closer to these Pakistani relatives, that I’d made more of an effort when I was younger.

And now I’m sitting on the plane on my way home to Indonesia. 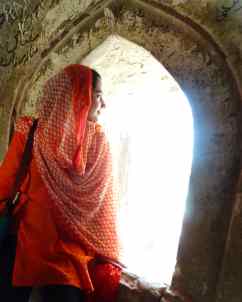 Two months ago, I came to Pakistan with a suitcase full of nerves and hopes. I wanted to understand my heritage, to find a sense of belonging and ownership over being half Pakistani… And to improve my Urdu! In London, it’s the desi side we play up most: eating dahl chaval most days, greeting friend’s parents with aunty and uncle, shopping for fruits and spices in Shreeji Exotic. Our culture is so much a part of who I am that being in Pakistan did not feel much different. From the day I arrived I could share some of the same cultural references as people around me: I knew how to wear salwar kameez, how to greet elders, knew that I should cover my hair when the call to prayer comes from the mosques. But at the same time, I live in a completely different world; a world where I don’t have to think twice about getting public transport by myself, about wearing sleeveless tops, about living independently. I’ve spent a lot of time over the last few months trying to work out how Pakistan and England and Indonesia and London can all coexist inside me. Pakistan did not herald a huge ‘Maleeha this is your homeland’ moment but it did teach me so much about me. I am leaving feeling prouder than ever to be Pakistani. I am leaving with so so much more love for this country than I thought was possible. I am leaving with big plans to come back next year. And so there is none of the sadness that usually comes with leaving adventures behind. Unlike Indonesia, Pakistan has been and always will be a part of me. This trip isn’t the end.

Hi! I'm Maleeha, eighteen and about to embark on a year of absolutely NO STUDYING. So follow me as I attempt to be cool and traveller-y volunteering my way through Indonesia and having some (hopefully) crazy experiences along the way. The only question left: Ke mana? Where to next? Check out my blog to find out. View all posts by maleehamalik